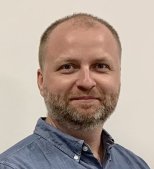 It's a brief summary for the issue with different disk usage reports shown by df and du linux CLI utilities.

First of all if your device contains 100Gb and df shows 100% on 95Gb it's okay, because 5% of a disk is being reserved in order the system would able to run when the disk is "full"

If you stumbled upon a wierd issue when df and du commands show completely different results, in my case it was 100% usage from df and less than 40% from du most likely you have one of two issues: